Made in the USA: The Impact of the New Administration on Technical Communication 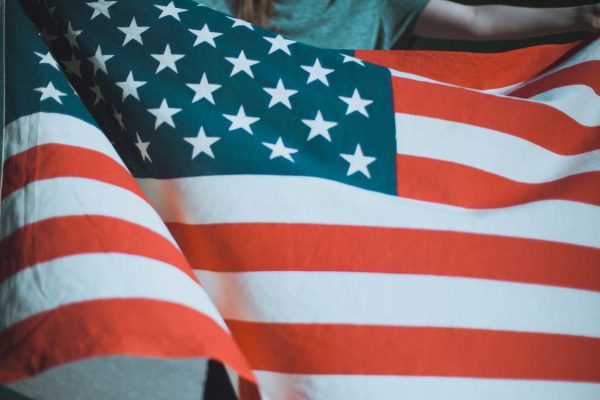 I’m not a politician. I’m a translation technology geek, a writer, and a wannabe linguist. But I have followed politics more actively during the last election cycle. I can’t avoid it. CNN is plastered all over every TV at my gym. The screens that aren’t carrying CNN feature soap operas or professional wrestling. Sometimes, I’m not too sure which genre I’m watching. They are too similar!

But a recent announcement by the new White House really caught my attention. There is born-again emphasis on protectionism, specifically on buying American. I began wondering what effect this could have on the language industry.

In 2011, Val Swisher, CEO of Content Rules, posted an introspective blog about how the market for written-in-America had suffered and diminished. This caused her to change focus from what had been a thriving industry. Content creation went offshore in the early 2000s, then came back again a few years later mostly because of insufficient quality. It then vanished again as companies strove to survive the crippling recession of 2008 by cutting costs wherever possible. It has not come back since.

So, now the question arises as to whether the renewed focus on bringing jobs back to the United States will trickle down into technical documentation departments. I am skeptical for a couple of reasons, although I wish that I could feel more positive about it. One reason is my impression that by “jobs,” the White House means manufacturing jobs, for example, people with minimal education working on conveyor belts. Technical writers, as a cohort, tend to belong to a more educated elite and therefore, in the eyes of the new powers-that-be, probably do not qualify for compassion in the same way.

I also wonder what lobby would represent the linguistic content creation industry to raise awareness. There are no unions with big bucks to go to bat for technical writers. I am not convinced that the STC has the required clout in Washington. Furthermore, linguistic quality is often considered by senior management to be expendable unless it can be equated to cost savings in the way Val argued in her blog. But that becomes a concern of individual company profitability, not national policy.

Let me put on my optimist’s hat for a few minutes and assume that a governmental mandate requires that all future documentation be written in the United States by native English speakers. Or, perhaps, there is some form of import tax on English-language technical documentation that originates outside the country. So, lots of technical writing jobs come back to the U.S. and there’s a boom in the industry. That would be nice for writers. Jobs would abound. Rising demand for resources translates into higher salaries. Quality improves. Customers are pleased because they can understand the instructions. Technical writers become authors again instead of proofreaders. Translation becomes cheaper because source content is cleaner. Everyone’s happy, right?

Ok, let’s continue the thought experiment one step further, and the operative word is “translate.” Let’s assume that the ruling also mandates that translation must be done in the U.S. or imposes a tax on imported translation services. There are numerous translation companies and freelance translators based in the States, so why not? This would create lots of jobs in the U.S.

But, wait a moment – not so fast! We have a problem.

Years of experience and industry best practice dictate that, on average, translation performed in target language locales yields consistently higher quality than translation done elsewhere. Here, the same “written-in-America” logic applies in reverse. Language is not static. It is a living, ever-changing entity. Translators need consistent, fresh linguistic interaction to remain qualitatively current. This is best achieved by residing in the target locale. This is not to say that there are no excellent translators who reside in the United States. There are. But are there enough? I think not. Every translation service provider that I have worked with struggles to find high-quality resources in the world-wide market place. Restricting their choice to the United States, either by mandate or by import duties, would be catastrophic to our in-country industry.

Is it conceivable to mandate that English-language source content be authored in the United States, while simultaneously allowing translation to be carried out predominantly in the target-language country? Perhaps, but it’s a slippery slope. Do we really need to have federal regulation imposed on us? Should we distinguish linguistic output that is generated off-shore from something like imported auto parts? The cost-benefits to companies of off-shoring can be comparable.

American companies need to understand that by off-shoring creation of technical content, they are saving money in the short-term, but are choking off a valuable knowledge-worker asset. This will come back to bite them sooner or later. A good friend of mine, a highly-qualified linguist, who works for an American software company has polished up her resume because that company’s senior management has launched an initiative to have their documentation written in India. She dreads a future of reporting to a manager whom she cannot verbally understand. The quality of content that she must work with has nosedived. She is demoralized, and she is not alone. Her original U.S.-based manager is also demoralized and angry, as are her peers.

At some future point, an equilibrium will prevail. This equilibrium will result from the costs of linguistic damage control exceeding the savings gained by off-shoring. By then, it may be too late for the company in question. Technical writers are educated, adaptable, and will move on. They will not wait around, become destitute, and hope for a government rescue. My friend’s company may find itself adrift in a sea of imported linguistic mediocrity.

The kernel in this consideration is that content cannot be treated as a commodity, and this is where my thought experiment breaks down. Companies that are considering offshoring content creation need to contemplate the balance between short-term profitability and long-term sustainability. Offshoring content creation in absence of a linguistic repatriation mechanism, for example, monitoring quality using a tool such as Acrolinx , is destined to fail.

We do not need import taxes and legislation to achieve a forced and false equilibrium. What we need is better alternative education for displaced workers, subsidized adoption of innovative technology, plus the individual and collective will to adapt to change. In the case of technical writing, innovative technology is available. North American-based companies that have gone the offshore route should consider investing some of their savings into technology adoption and education of their valuable linguistic specialists to use it before they all jump ship.

Richard Sikes has been immersed in technical translation and localization for over 30 years. He is passionate about linguistic technologies of all kinds. Richard has managed localization teams at several industry-leading software companies. He contributes frequently to MultiLingual magazine, and he is well-known as a speaker at translation industry events. Richard holds a BA in fine arts from the University of California, Diplom Betriebswirt (FH) from the Fachhochschule Heidelberg and an MBA from the University of Toronto’s Rotman School of Management.

When at home, Richard is owned by Socrates, the family cat. He has two university-age sons and, for the past 26 years, has striven to achieve “fully trained” husband status with Linda, his ever-patient wife.