What a (Noun) Cluster My favorite Doonesbury cartoon, from January 23, 1980, features a press conference. A journalist asks Senator Kennedy a question. The senator responds with a series of strung-together phrases: “Well, in this moment of national crisis, any second-guessing that I … er … personally, with respect to the interests of peace. Moreover, with the … uh … unchallenged Soviet threat, the … er … grain embargo which …  uh …  as far as strong leadership in this country! Now, in respect to the …” The journalist interrupts: “A verb, Senator, we need a verb.”

That line— “A verb, Senator, we need a verb”—pops into my head every time I encounter a noun cluster, by which I mean a string of four or more words that normally function as nouns (with the occasional adjective thrown in). If you read much technical text, you know what I’m talking about. Noun clusters are phrases like these:

Sometimes called noun stacks, noun strings, or noun compounds—noun piles, anyone?—noun clusters can shut down your comprehension even if you understand each word. You may stop and reread. You may draw an incorrect conclusion. You may skip over the words. Or you may do the last thing the writer wanted you to do: move on to someone else’s words.

To bust noun clusters when you write or edit, first get clear on what you want to say. If you don’t know, ask; you can’t bust a noun cluster until you understand what it means—and noun clusters notoriously obscure meaning. Then, when you know what needs to be said, try these techniques:

Rearrange the words.
Convert a noun to a verb.
Add hyphens.
Add punctuation.
Bag it all and rephrase.

Check out these alternatives to a few of the above examples. (I guessed at the meaning on some of these. If I were revising for a client, I’d ask for confirmation.)

You get the idea.

And you can do one more thing. Have fun with your clusters. Collect and share them with word lovers everywhere. You can do just that by adding to my list, “Noun-Cluster Clunkers.” Let me put it another way. Please join me in some noun cluster clunker list addition creation activity merry-making. Consider it preparation for your next press conference.

Need a hand busting your clusters? Content Rules would love to help! Learn more about our content optimization services here, and about how we can put the power of Acrolinx to work for you (even if you don’t own Acrolinx!) here. 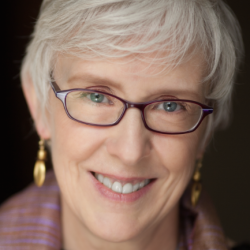 Get The New Book The Personalization Paradox Why Companies F...

Find out how AI technology is affecting user experience and ...

Those of you who regularly read this blog might remember a r...